Return of the Taliban

For the second time in twenty years the dreaded Islamist fundamentalist force, the Taliban, have returned to power, the first time in 1994-96 by waging war against the Afghanistan state then run by the Burhanuddin Rabbani-Ahmad Shah Massoud government and this time, in the August of 2021 through a machivellian combination of warfare and diplomacy.

Therefore, they have begun their second journey to power in a significantly different manner. Their leaders and spokesmen are talking in nice-sounding words, full of assurances directed at the vulnerable sections of Afghan society such as women, healthcare workers, educators, employees of the ousted Ashraf Ghani government, aimed at maintaining peace and law and order in the battered country.

The Taliban have repeatedly assured each of these sectors of society not to worry about what their fate is going to be and to respond positively to the new dispensation’s honest intentions to reconstruct the country and society under their guidance. Above all, all citizens must abide by sharia law and dutifully observe the national leader’s sayings. For example, there is no bar on women continuing with their education and working lives “provided the Sharia law is observed strictly.”

At the same time, this apparent moderation, completely unexpected from the new power-base, has very well succeeded in confusing the international community barring three countries that have already declared their support for the usurpers. The three countries are the Russian Federation, which is also the first country to extend recognition to the Taliban government, China and Pakistan. Among the most confused is India. It is being assumed that Iran and Turkey too would not be averse to recognise the new regime in Kabul. The rest of the world, led by the United States, United Kingdom, France, Germany, other European countries, and the majority of Asian countries are waiting to see what happens in a fast-evolving scenario.

TV grabs show calmness has returned to the streets in Kabul but the picture in other provincial capitals and towns continues to be hazy. Even in the national capital, women were seen protesting against the new dispensation while Taliban soldiers stand around with a suspiciously benign appearance. On their part, the Taliban have repeatedly claimed there is nothing to fear from them as far as normal daily life is concerned. They are also assuring from the highest quarters that the social and economic gains made during the past twenty years will be fully protected, and have specifically urged healthcare workers and teachers to attend to their duties without hesitation and fear of reprisal.

The extent to which the Taliban have been able to neutralise the outside world was witnessed at the G-7 summit in the United Kingdom held on August 24, 2021. The statements read out at the conclusion of the summit by the United States, the European Union and the European Commission, and the NATO all spelt out a mssage of mixed feelers. This group of nations will be watching the new government carefully ready to give it the benefit of the doubt in the initial stage, but this attitude will last only as long as the Taliban rulers honour their public commitments to the Afghan population. The moment this attitude changes, they will also reciprocate suitably.

The history of the downfall of the Soviet occupation of Afghanistan during 1979-89, and the birth, growth and the launching of the Taliban invasion of Afghanistan (193-94 to September-October1996—all accomplished in a breath-taking fashion- became possible only an unholy alliance of Saudi Arabia (funding of extremists, their education and training), the United States (funding and supplying arms and ammunition to the Taliban as they graduated), and Pakistan (for hosting the entire Taliban society, and facilitating their entry into Afghanistan when the time came for their launching,

The surprise this time is that there is no visible evidence of Saudi Arabia playing a similar role or at least an important ie-up in helping the Taliban settle down in ruling Afghanistan.

Religious extremity and fundamentalism were first detected to play a crucial role in Afghanistan when fundamentalist clergy supported by peasant rebels seized power in Kabul in the aftermath of the reformist and modernisation programme driven by King Amanullah Khan (1919-29). For nine months, a peasant rebel ran the new government until Pashtun rebels dethroned him and set up a fundamentalist regime. Since then, as absolutist monarchy and Prime Minister Daud Khan’s endeavour to return to modernisation, followed eventually by the Soviet invasion (1979-89). (The Oxford Companion to Politics of the World, ed. By Joel Krieger, 1993, pp.3-4).

The downfall of the Soviet Occupation Army in 1989 opened up a vast ocean of opportunity and a sea of misfortune for the Afghans when the victorious mujahideen fractuted into thousand and more pieces and bolstering the ethnic interests, began fighting for theirown fiefdoms. Millions more joined the refugees who had fled the Soviet-backed communist regime into Pakistan, Iran, India and Turkey; and in time the camps in Pakistan were converted into recruitment centres for the newly-formed Taliban. Initially, the first recruits were true Talibs (scholars who were only interested in studying the Koran and the Hadith and follow the correct Islamic practices. But the Inter-service Intelligence (ISI) Directorate under the army insured that the talibs were also trained militarily and educated in the hardest instructions of Islamic law. Most of these practices are now commonly called medieval and barbaric. Their detailed description is not necessary as they are well-known all over the world thanks to the events recorded in the Taliban 1.0 period )1996-2001).

Inspite of the tell-tale failures of the United States-led international community’s twenty-year-old programme to set Afghanistan back securely on its own legs through reformation and reconstruction iof the society and economy, the world at large had come to terms with peace and stability achied in Afghanistan, whatever their character and capacity were. This is why the international community was shocked at length when the expected happene, democracy retreated and the Taliban were back in power, unchallenged and feared. Everybody’s efforts are now directed at keeping peace with the new unpredictable and highly motivated rulers, mainly to save the civilian population from a new series of destruction and mayhem.

This explains the tenor of the statements issued by the United States, the United Nations, the European Union, the European Commission, Nato, the Organisation of Islamic Countries and individual countries like Saudi Arabia, United Arab Emirates, Russia, China, and India. Every nation appears to be grateful for the breathe, though its tenure is uncertain, they have obtained thanks to the unexpected moderation being displayed and till now maintained by the new power in Afghanistan.

Why the Taliban and al-Queda continue to be looking like two nightmares is not difficult to comprehend. While the bloody history of the Taliban rule continued to colour every common Afghan and their leaders and the leaders of the world, Osama bin-Laden has come to occuply the space of the supreme Evil Being surpassing Iran’s ayatollahs. Osama bin-Laden, scion of one of the richest merchant families in Saudi Arabia, who becam the Taliban-sponsored Emir of the Islamic Khilafat of Afghanistan during the first Taliban rule. And this development became the engine for the American and international military intervention in September-November 2001. He once described himself as the first Arab recruit for the jihad in Afghanistan. The Arabisation of the jihad in Afghanistan led in time to extreme militancy aimed at the United States and its allies barring Pakistan. Pashtuns who formed the majority of Sunnis in the country were themselves concerted to Islam in the 10th century. But they outperformed the earlier Muslims like the Hazaras and Tajiks in being rabid fundamentalists. (Apratim Mukarji : Afghanistan From Terrorism to Freedon (2003).

Bin-Laden’s own group of Arab fighters, known as al-Queda, took over control of the fight against the American, NATO and interntional forces after Operation Anaconda, Operation Enduring Freedom and Operation Full Throttle were launched serially. Al-Queda declared that Afghan and foreign jiihadists would not be able to match up to the vigorous and fully-resources onslaught against the kind of terrorism launched by the jihadists. Hence, the leadership had been taken over by the Arabs who were far tougher fights.

Now the fear has shifted to the probability and the possible scorp for a rebirth of al-Queda in its previous form. The major fear of the world community is whether the Taliban’s recapture of Afghanistan shall or shall not facilitate a spread and success of global terrorism which originally came out of al-Queda’s prolonged existence inside the Taliban-ruled Afghanistan during 199-2001.

That’s why the international community has been warning the Taliban not to harbour global terrorism within its territory.

*(Author: Apratim Mukarji is the author of Afghanistan From Terror to Freedom (2003) and I available at mukarjiapratim[at]gmail.com)- courtesy : mainstream ( photo- google) 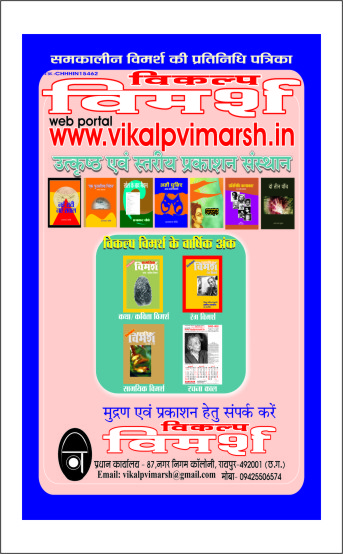