Farm laws and the corporate salt

If the Indian agriculture is the gamble of monsoon, ‘Sarna’ is the choicest bet for the farmers of Chhattisgarh.

The Chhattisgarh farmers opt growing this thick rice variety abundantly not to sell in the open market but to the government at the Minimum Support Price (MSP).

This high yielding variety but least preferred by the customers because of its poor taste has become the favourite crop for the Chhattisgarh farmers as it ensures guaranteed return from the government under the MSP.

As the Chhattisgarh government started the paddy procurement from December 1, it fixed Rs 2500 per quintal as the MSP.

However, in these COVID times many farmers in dire need of money have already sold their paddy for Rs 900 to Rs 1,300 per quintal in the past two months to the middlemen on the prowl all over Chhattisgarh.

Compared to the MSP, the farmers incurred a loss of over 60 to 65 per cent while selling their crop to the middlemen and traders. Yet, the MSP is what the Chhattisgarh farmers look for.

Now, the Farmers’ Produce Trade and Commerce (Promotion and Facilitation) Act, 2020, which is the bone of contention, does not speak of MSP anywhere.

Instead, it talks of developing a Price Information and Market Intelligence System for the sale and purchase of agriculture produce and “a framework for dissemination of information relating thereto.”

The farmers will be linked to the market intelligence system to find clients for their produce.

Government says the MSP system will prevail but this point has been omitted from the recently passed law creating fear among farmers that the guaranteed return will be denied to them.

The farmers are skeptical that the middlemen will run their writ once they are left to the mercy of market forces. It will further deteriorate the financial condition of the farmers in distress.

Another cause of concern is that the big say of the middlemen will eventually lead to the widespread exploitation of farmers.

If left to market forces, farmers will focus on growing fine varieties of crops as there will not be many takers for the low quality food grains in the market.

These fine but low production varieties require more care and more investment. As a result, the farmers will have to recover their investment with profit by selling their produce at the high price.

There is every likelihood that only costly food grains will flood the market and not the low cost varieties which sustains the urban poor.

The point to ponder here is what will happen if quality and not quantity takes precedence. Can India, which is obligated to feed 1.35 billion people, afford to ignore quantity?

How much it may dislike to stress its finances by offering subsidies, government will still require food grains to feed the urban poor as it cannot shrug off its constitutional obligation of Right to Food and Right to Livelihood.

Assuming that the MSP is abolished, will the governments procure the food grains from middlemen? To end one form of corruption, the government will create another.

One aspect of introducing this new law without MSP is to curtail large scale corruption in the procurement of crops as often happens in Chhattisgarh where the politically connected rice mill owners get their fake bills to the tune of crores of rupees approved and siphon of public money.

Apparently, the new law attempts to check corruption in the procurement of crops by asking the farmers to find a market for their produce on their own instead of depending on the government to pay them MSP.

The law actually displays government’s reliance on the market forces to bail out the ailing agriculture sector and its helplessness to check corruption in the procurement process.

Another aspect of introducing the law is to prevent the state governments from incurring losses during the procurement of food grains.

Do the governments really suffer losses?

Take Chhattisgarh for example, where paddy procurement is an annual ritual.

However, the paddy (mainly Sarna) is procured not to feed the bandicoots is government warehouses or dump in open to rot but there are many states ready to buy it to beat the hunger of urban poor through various schemes.

It is widely used in the mid-day meal programme for school children, run canteens offering subsidised food and sell it at the fair price shops at a highly subsidised rate.

In Karnataka, the BPL families get seven kg rice for free, purchased from Chhattisgarh.

These fine varieties comprising aromatic ones are not sold to the government as the farmers look for middlemen or traders for good bargain.

The point here is, there had never been any restriction to purchase the agriculture produce directly from the farmers. Now the controversial farm law says traders from across India can directly procure the produce from the farmers.

What does it mean?

My understanding is that these farm laws give unbridled rights to the traders from any part of  the country to purchase, store and sell the farm produce. It may also lead to hoarding for profiteering as well.

The strong entry of big corporates in the agriculture sector reminds me of the salt business.

Taking a cue from it, other big corporates too ventured into the salt business.

The aggressive marketing counting the benefits of corporate salt broke the backbone of traditional salt producers.

If that was not sufficient, these business houses forced the government to make ‘Iodised Salt’ mandatory.

The government buckled under the pressure and we were made to believe that the so-called normal salt extracted from the sea doesn’t have iodine at all.

These recently passed farm laws are like the corporate salt. 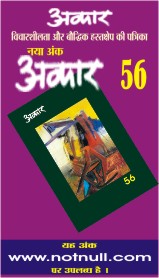