Journalism in India Has Placed Itself On Deputation to the Government |

By and large, journalism in India has been a mirror image of its rickety- and tawdry- democracy in the Modi years, and has probably hit its lowest point after the commencement of Prime Minister Narendra Modi’s second term in office in May, 2019, with a bigger mandate than previously.

With notable exceptions, in nearly every choice the media made when the State confronted its own citizens, it has been on the side of the State, which is regarded widely in India as the principal perpetrator of many forms of injustice.

Journalism in India in this period is not likely to be judged kindly, for it has discarded pretences to objectivity and fair play in its chronicler role, and has appeared to regard its object as being on deputation to the government.

This is of course no less true of the formal institutions of democracy created by the Constitution, or given shape through the statutory route. These too have failed the people more and more in recent times. Indeed, in this respect the widely lamented role of the judiciary is arguably the most conspicuous since citizens- and the civil society more broadly- can turn to no other source for justice when pitted against the excesses of state-power.

However, such structures are within the ambit of the definition of the State itself and are essential to its architecture. The media, on the other hand, is not. It belongs firmly in the civil society. And so firmly is its role conceived as not just chronicler but also guardian of societal normal and defender of the interest of all citizens, especially those most in need of public protection through prompt justice delivery and the enlightened use of state resources, and a defender of the people in the face of State high-handedness, that our constitutional precepts relating to freedom of expression have been continually innovated to make room for our media to be objective and free.

And yet, recent times show that journalism in India has singularly shirked from the responsibility of speaking truth to power- the notion that can be thought of as being the gold standard of journalism. This seems especially true of television journalism, the quality of whose output has regressed to such a degree over the years that many high-profile channels, especially the English language ones, can today scarcely claim to be placed in the category of journalism, though a part of the media landscape they doubtless are. But print journalism too- the newspapers- have become in the main a pale shadow of their former selves.

This abject surrender was perhaps not apparent to all to begin with since disastrous policies (eg demonetization) and choices made by the foremost political instruments of the State such as the governing party and its affiliates- whose conscious actions seemed aimed at ‘othering’ sections of Indians themselves, weakening social and national cohesion in the process- were loudly proclaimed to be in the interest of the people.

The media amplified this message without critiquing it, and does so even today in the hope of helping even harmful and dangerous ideas gain acceptance. But illusions are falling away with the passage of time.

Mostly, journalism today does not any more seek to pierce through formal pronouncements of governments, political parties, corporate entities, religious or pseudo-religious bodies, cultural outfits, trade unions, and chauvinistic organizations that are practically underwritten by governments or the ruling elite. It shows little interest in explaining, analyzing and questioning them, and calling them out when needed.

What it does with a swagger is to pat the backs of the rulers and their cohorts, and to praise the holders of office even when they seek to browbeat or shout at political opponents.

The Hindi media uses the expression “palat-war” (counter-attack) to describe even meaningless episodes of this nature, as though in a democracy that suffices to fill the information gap for citizens. Of late, the English language press too is approaching news and news analyses through the same lens.

Seeing political events and political communication as between rivals as a continuous gladiatorial event ill serves the key media function of informing, educating and explaining. The most important result flowing from this phenomenon is to allow those mandated to govern to get away lightly.

No accountability is demanded of them. Such an outcome is no doubt intended and is therefore brought about through carefully planned execution. Those in government are placed on the same footing as parties of the opposition. Practically everything is reduced to a joust. Issues of governance and institutional sturdiness are dumbed down to a contest between individuals.

Fact-checking President Donald Trump’s egregious remarks every single day, to say nothing of others, is now seen as a key, everyday, journalistic responsibility in the United States. In sharp contrast, checking out the veracity of statements of government or ruling party leaders is not made a concern in Indian journalism.

In short, exposing the weaknesses of government leaders is kept out of bounds for the most part, probably out of fear that this may involve consequences. The fear may not be wholly unfounded, seeing what’s happening all around us. But not standing up to apprehensions of this nature fundamentally hurts the cause of democracy and its upkeep.

Careful research and scholarship will no doubt help us better understand the craven outlook that appears to have taken hold of mainline journalism in India in recent years. Meanwhile, there seems growing ground for the thinking that in the field of journalism the circle of those who are ready to go along with the credo of communalism could be expanding, and that this may also be a reason for the media being unduly deferential to ruling party or governmental susceptibilities and concerns.

The time since Mr. Modi’s second term in office began- about a year ago- has been tumultuous in India. A succession of momentous events, with likely long term impact, has passed before our eyes. Each of these had strong communal undertones and overtones. Each shook the country.

Yet, the media coverage was superficial, sometimes anodyne, and often had the effect of sharpening the communal divide. There was hardly any effort to pierce the layers and arrive at the inner meanings and the logic of events, as a responsible media should do, especially in a democracy.

Some of the principal events of the past year are:

The mainline media – television or print- spectacularly failed to communicate to the Indian people, namely to their viewers and readers, the real import of these stunning and disturbing events. Here we shall take a brief look at just one of these events- the Delhi communal riots which claimed 52 lives in a space of about three days.

The Delhi Police has filed a charge-sheet against ten persons in what may be deemed to be the principal or building-block case of the Centre (under which DP operates) in respect of the northeast Delhi riots. It is indeed telling that each person being proceeded against is a Muslim, and not one suspect is a non-Muslim.

How this charge-sheet fares through the judicial process is an open question. But at the present stage the only inference to be drawn is that in the eyes of Delhi Police the Muslim residents of northeast Delhi unleashed furious one-way violence on Hindu residents of the area as part of a planned conspiracy.

The media is still to acquaint its viewers or readers with the enormity of what this means through a process of cogent reasoning and analysis of the charge-sheet, and the likely impact of the police action on social and inter-community harmony.

Para 20 of the charge-sheet notes that the fact that the riots occurred “one or two days” (imagine, even the police cannot say for sure whether it was one day or two) before the visit of US President Donald Trump “is not a mere co-incident (sic), it was planned to tarnish the image of the country in the international arena..

…….smells of a very big conspiracy behind it.”

Leave aside the fact that it is exactly on these lines that BJP-RSS representatives were speaking at the time for the benefit of the media, but isn’t it extraordinary that the police, instead of presenting its investigation and forensic skills, is speaking, in political tones, of a conspiracy hatched by elements in the Muslim community (mainly slum dwellers, incidentally)? This beggars the imagination.

Look at Para 65: “During investigation, it was revealed that the accused Tahir Hussain was in touch with Khalid Saifi who is connected with United Against Hate Group (sic). Tahir Hussain was also connected to Umar Khalid ( a reference to the well-known former scholar of JNU who has been booked in various cases over the years that are going nowhere) through Khalid Saifi. Khaid Saifi had arranged Tahir’s meeting with Umar Khalid on 08.01.2020 at Shaheen Bagh. In that meeting it was decided to have a big blast so that the Central Govt should be shaken on the issue of CAA/NRC and so as to defame the country in the international arena. In the meeting, Umar Khalid had assured not to bother about the fund (sic) as PFI organization would also be ready to provide fund (sic) and logistics for these riots.Hese riots were planned to be happened during or prior to the visit of US President Donald Trump the month of February, 2020.”

It is a pity that the mainstream media has yet to make an analysis of this charge-sheet, which appears absurd from start to finish and seems like a document that was dictated by communal elements outside the police force.

No professional force would risk presenting such a shoddy case for fear of being laughed out of court. Incidentally, not subjecting the police document to analysis is in sharp contrast with zealous media reports during the violence which were heavily influenced by the police version of events.

The riots were a major event that generated great controversies of a political, ideological and social nature. The media would ordinarily be expected to go over it with a fine tooth-comb. But it has not even tried to expose the fact that President Trump’s visit was announced only in the early part of February. Therefore, planning for a February visit (with precise logistical details and the like) allegedly on January 8, as the charge-sheet suggests, appears a crude attempt to implicate and to influence the judicial system.

A friend, the late Dileep Padgaonkar, who was editor of the Times of India in my last days at the paper, was an intellectual, and was far from rigid in his approach to matters of day-to-day governance- in the paper or outside of it. In a reflective aside, long after his retirement, he once called the recent breed of editors (these days every paper has droves of them) “faceless technicians.”

These were people, in his considered view, who were not really acquainted with writing, who were dismissive of the idea of thinking deeply, who had risen up the chain by never saying “no”, who were good at production work, who did not command the respect of their peers, and who would kowtow to the proprietors at every turn.

If journalism has come to its present sorry pass in India, this is not on account of the countless individual journalists who are talented and work extremely long hours every day in their low-paid jobs. If their top bosses are in cahoots with their proprietors whose sole wish is to peddle favours to the ruling establishment, then the product of their labour cannot but be a blot on the ideals of journalism and democracy. 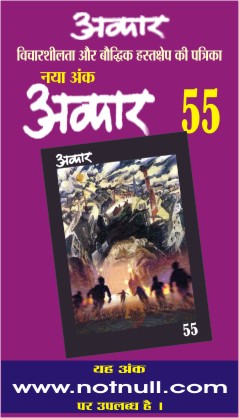